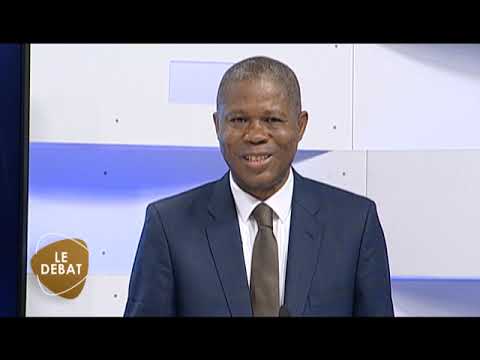 The 143 km long Sembé- Souanké -Ntam was launched on 6 March 2020 by the President of the Republic, Denis SASSOU N'GUESSO at Souanké in the Sangha department.

This inauguration ceremony came after that of the first Ketta -Sembé segment, on February 11, 2016.

Several speeches marked this ceremony, namely that of the Head of State, the sub-prefect of Souanké to the various delegations, the representative of the African Development Bank in Congo (AfDB), the assistant secretary general of the Economic Community of Central African States (ECCAS), the Minister of Development, Territorial Equipment and Public Works presenting the technical specifications of the work and the Minister of Road Equipment and Maintenance.

Launched in May 17, 2012 in to Ketta, a village 25 km from Ouesso, in the district of Mokéko, department of Sangha, by President Denis Sassou N’GUESSO, the artful 312km-long Ketta - Ntam road project was carried out in two phases, the first phase of which involved the 169 km Ketta -Sembé segment.

With the first segment carried out on the basis of harmonized and consensual studies and characteristics by experts from Congo, Cameroon, ECCAS and CEMAC grouped together in a joint technical committee for project monitoring, the second Ketta-Djoum segment was executed by the Chinese company SINOHYDRO Tianjin Engineering Corporation Ltd, with the technical expertise from the CIRA Control Mission.

The 17.8km Ntam-Alati ramp which connects to the main track, which also has a two-way carriageway, is calibrated to 7 m wide with shoulders of 1.50 m on either side of the roadway.

Financed at 80 % through a loan by the African Development Bank, leader of investments in the Program for Infrastructure Development in Africa (PIDA) and at 20% by Congo, work on the Sembé road - Souanké -Ntam is estimated at 76 billion 766 million 469 thousand 091 CFA francs.

The project helped mobilize 753 workers, including 105 Chinese, 491 Congolese, 32 Cameroonians, 39 Central Africans and 24 Congolese from the DRC.

As part of the employability of young people, twelve (12) Congolese engineers who graduated with specialization on Roads and Bridges, including four (04) ladies, previously trained under the agreement between the DGGT and CRBC, lent a helping hand to the SINOHYDRO company and the CIRA control mission.

Presenting the datasheet of this iconic work, the Congolese Minister of Development, Territorial Equipment and Public Works, Jean Jacques Bouya paid tribute to the African Development Bank and to the Economic Community of Central African States in the completion of this project. “In these times when financial negotiations are carried out with lots of complications and ramifications, I would like to salute the efforts made by the AfDB with the support of ECCAS in a multilateral framework for the construction of transport infrastructure in Central Africa”.

The Sembe-Souanke-Ntam road with its Ntam-Alati ramp will undoubtedly play a leading role in access to economic inputs, while ensuring better access to the major regional markets and will certainly encourage integration.

Speaking of this integrative project, the representative of the AfDB, Marie Antoine TIOYE stressed that this ceremony symbolizes the beginning of operation of the Corridor 13, the Ketta – Djoum segment of which is an important link in the Brazzaville-Yaounde highway between Congo and Cameroon.

For his part, the Deputy Secretary General of ECCAS welcomed the success of the regional integration project in Central Africa. “I would like to thank the strategic partners for always being present, particularly the AfDB, which has never ceased to support member States of our institution when it comes to finding suitable solutions to infrastructure problems in our community, especially in the area of ​​transportation.”

Some residents of Sangha expressed their joy during the launching of this road. “For a long time, linking Ouesso and Sembé by road was an ordeal. Our ordeal is now a thing of the past with the tarring of the Ketta - Ntam road” exclaimed Magloire Lackouzok, a resident of Souanké.

However, the situation has changed and "when I see this tarred road, I think of the suffering we experienced when traveling to Sembé and Ouesso, when this road was not yet there” explains Bienvenu Dodzock of Ntam. "I can only thank President Denis Sassou N'Guesso for this jewel and for the fact that it has not only endowed us with the road, but also, has freed us from this pain and difficulty in traveling that we have lived for decades” he said, before insisting: "I can only say to him, thank you, President of the Republic."

It should be noted that the construction of the Ketta-Djoum road was born from the will of Presidents Paul Biya of Cameroon and Denis SASOU N'GUESSO of Congo to link the cities of Yaoundé and Brazzaville with a tarred road.